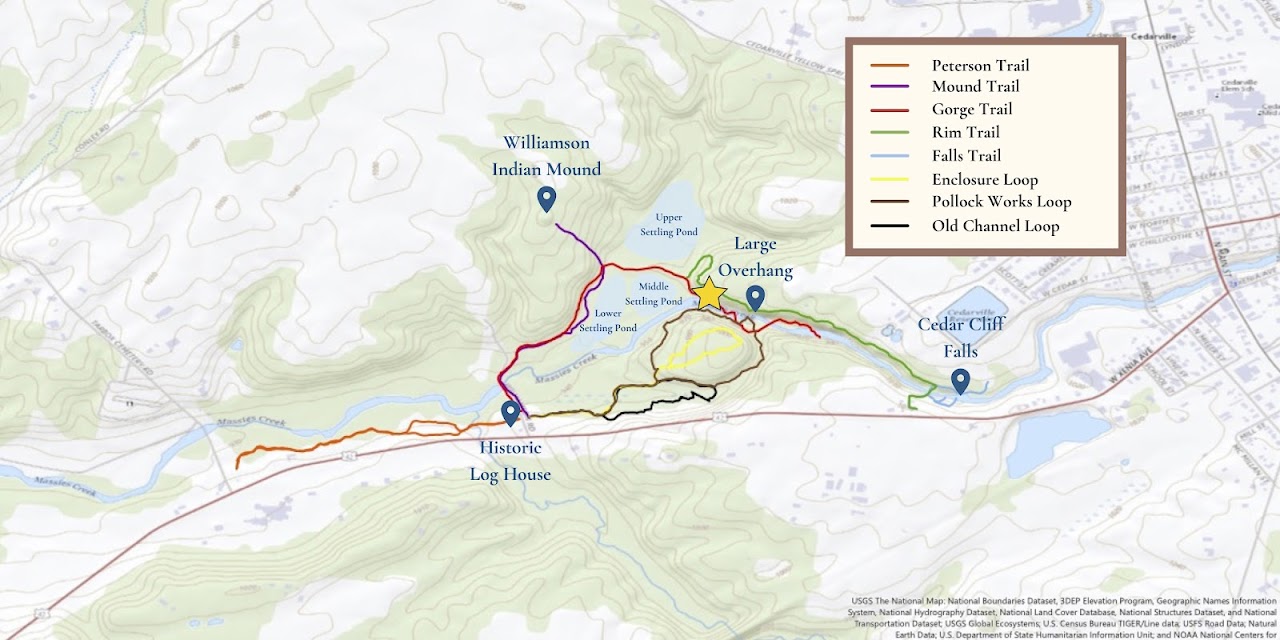 The beautiful body of water running through the park is Massie Creek, a small branch off of the Little Miami River. This river has played a shaping role in the economy, geology, and ecology of this area. Scroll to learn more about its features. 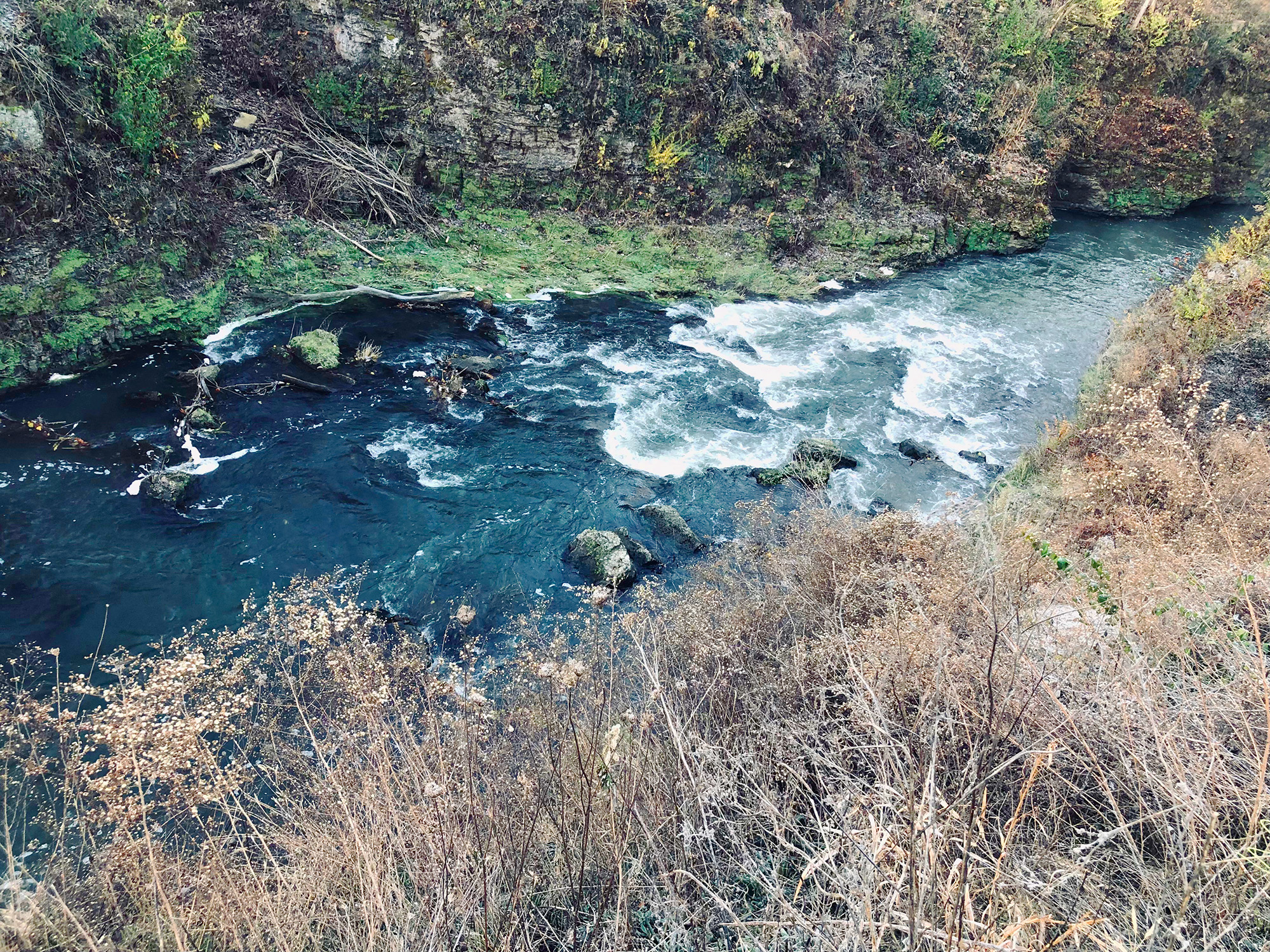 Riffles are the parts of a river or stream where the water runs the fastest and the water level is the shallowest. The water often looks white as it tumbles over rocks at the bottom of the river.

Runs are also fast-moving sections of a river, but the water level is deeper and so the movement of water is not quite as perceptible as the whitewater of a riffle.

Pools are sections of a river or stream that are slow-moving to stagnant. It can be very difficult to perceive water movement in these areas.

Can you spot at least one riffle, run, and pool as you hike along Massie Creek? 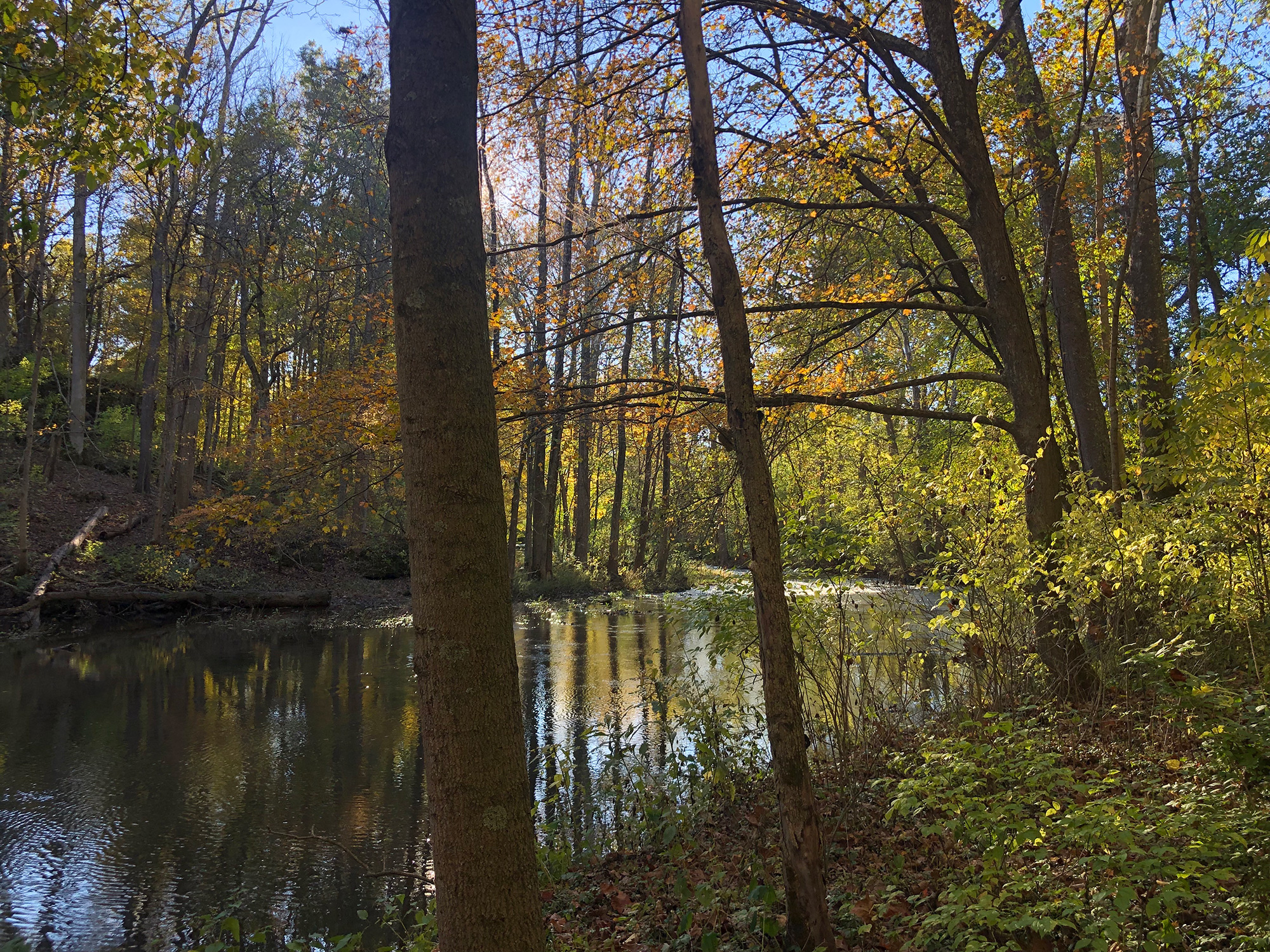 Have you ever thought about how streams of water tend to take a certain shape? To see what I’m talking about, pour some water down a sloped surface, such as a driveway. Notice how the water tends to meander in an S-shape rather than just straight down the plane. This natural event is described by the stream’s sinuosity.

Once a stream starts to meander, it’s curves become more and more pronounced. As water barrels down a stream and hits one of these curves, it erodes or ‘cuts’ into the rock or earthen material on the outside of the curve. The small sediments carried by the stream contribute to this action as well. This forms a cut bank. Meanwhile, there is much less force hitting the inside of the curve. Additionally, the small sediments that are carried by the water are not being driven downstream but rather are being dropped, which causes a buildup of deposited material over time. This forms a point bar.

Point bars and cut banks are most easily observed in environments that allow streams to meander freely, such as prairies and plains. These areas tend to have soft soil that streams can move through. However, in mountainous areas or gorges like the one we see at the Indian Mound Reserve, streams are a little more restrained. Because their courses are surrounded by rock, they cannot meander as freely as they may want to. Nonetheless, Massie Creek has still managed to form these features subtly along its path.

Can you spot at least one point bar or cut bank as you hike along Massie Creek? 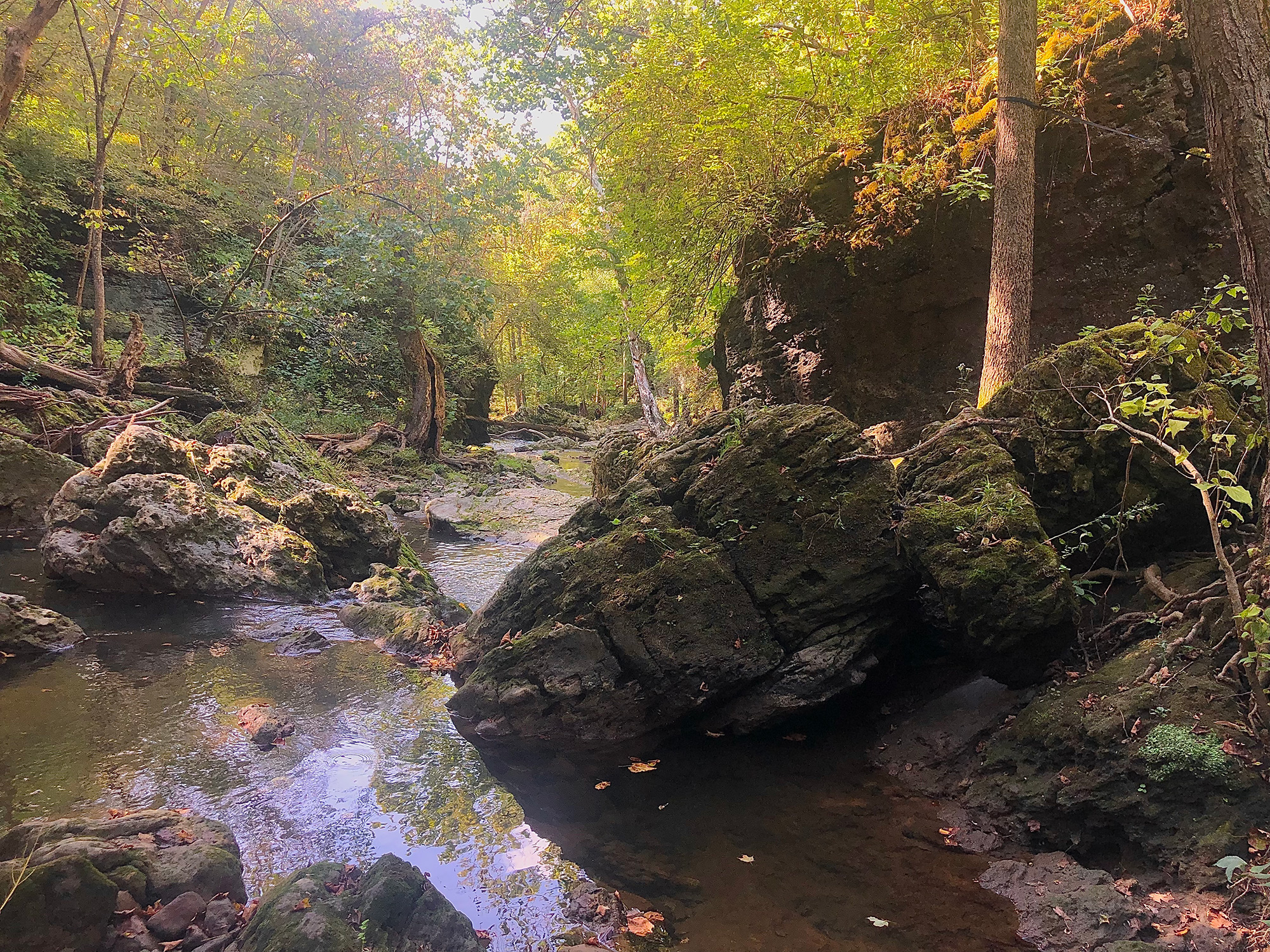 Mass wasting is a geomorphic process in which rock, soil, or any material of the like is pulled downslope by the force of gravity. It can be triggered by an earthquake, rainfall, volcanic eruption, or simply the collapse of supporting materials under physical stress over time.

Mass wasting is a broad term that can be categorized into several different types.

Falls occur when rocks and other earth materials fall through the air due to the removal of their supporting material. This occurs at the Indian Mound Reserve as Massie Creek erodes away at the bedrock on either side of the gorge, creating overhangs that eventually fail.

Topples occur when a slope causes an entire body of bedrock to be tilted downslope. Eventually, the pull of gravity will cause the bedrock to “topple over” in segments, similar to dominoes falling on top of one another.

Slides occur when the force of gravity pulls a portion of soil or rock “slides” down a slope as a whole unit. This process can often happen very slowly – too slow to even perceive with your eyes. An indicator that this could be happening is “slump.”

Lateral Spreads are very subtle as well, as they often occur on very gentle slopes. These occur when the force of gravity causes a portion of soil or rock to extend laterally down a slight slope, which in turn causes rock fragments to fracture.

Flows are exactly what they sound like. A flow is a rapid movement of earthen material down a slope, resulting in a landslide. They can take the form of snow, ice, soil, rock, mud, or silt. 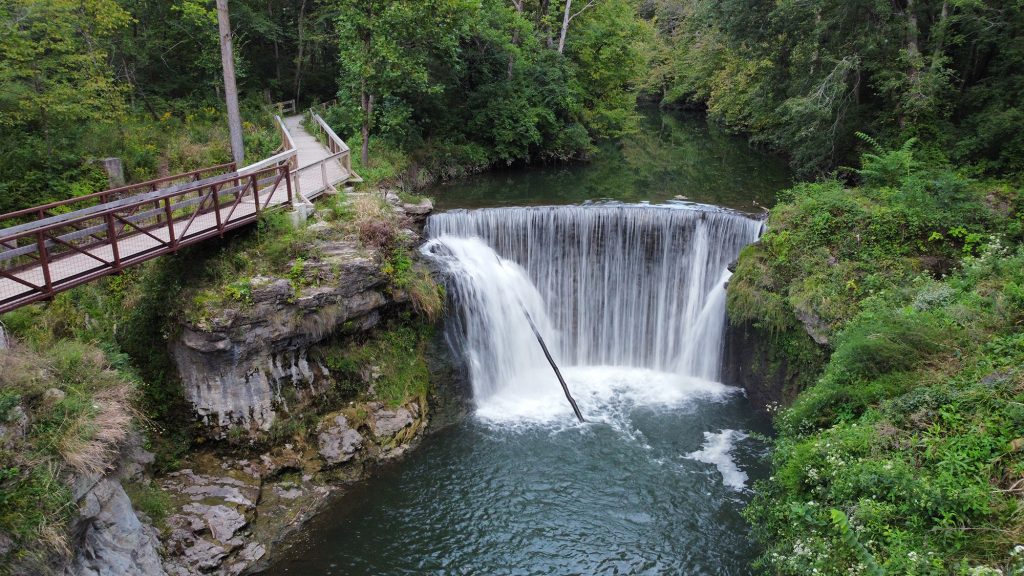