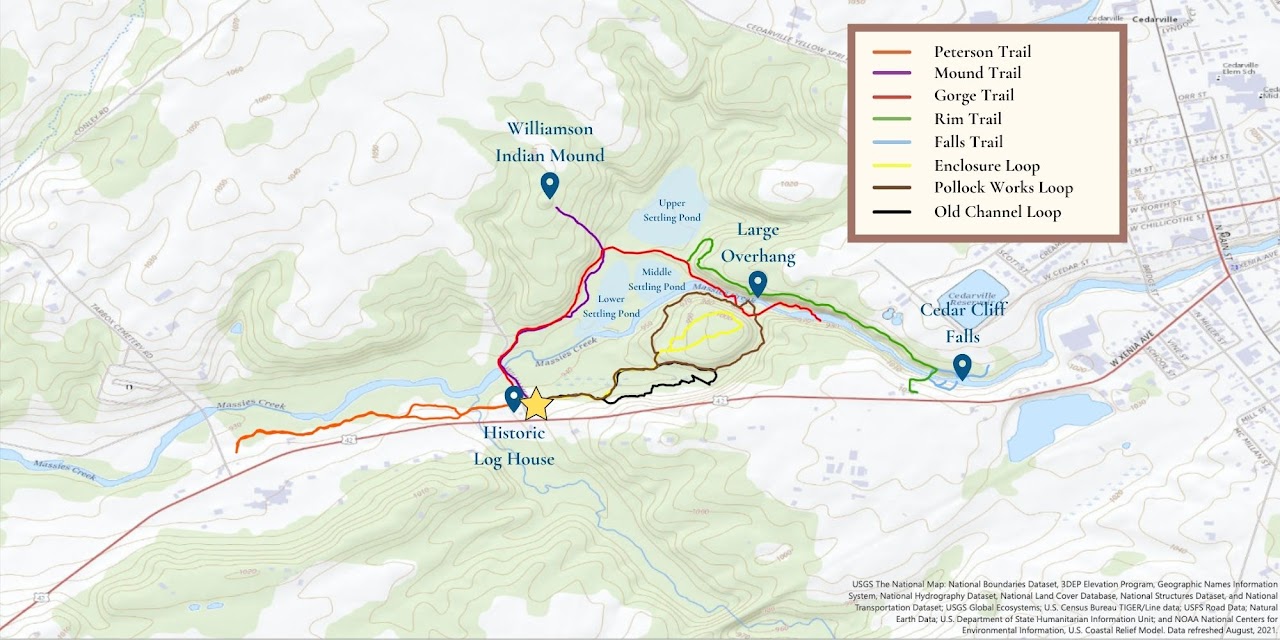 The Historic Log House is located next to the eastern parking lot of the Indian Mound Reserve. Though it is not open for walkthroughs, it is a great glimpse into the life of early Southeastern Ohio pioneers.

Little is definitively known about the history of the Log House, but it is believed to have been built around the year of 1814.1 It it was originally built from in Clark County and was found in a dilapidated state. In the early 19th century, the House was deconstructed and rebuilt at its current site in Cedarville, Ohio.2 Its walls are made from walnut, which is characteristic of the residential architecture of its era. 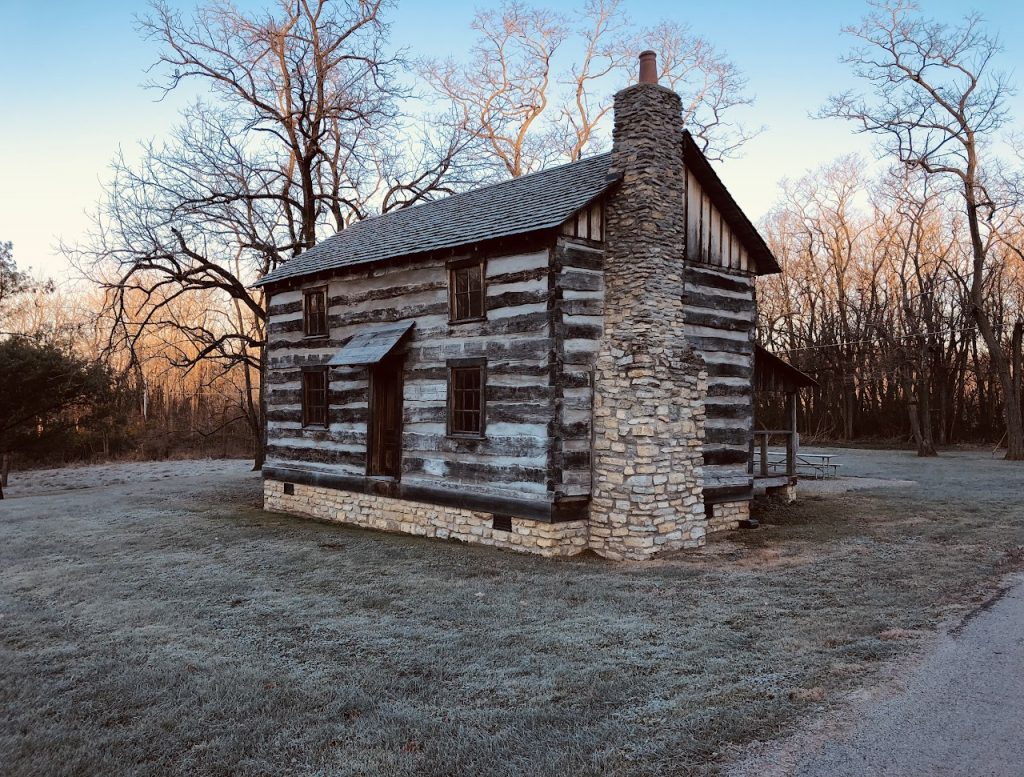