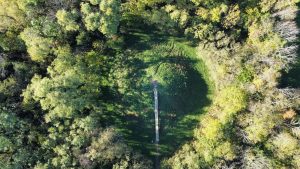 Williamson Indian Mound, the namesake of the park, is one of the most unique parts of the Indian Mound Reserve. Visitors can hike to the top and appreciate the sky from a higher point of view, as well as enjoy the diverse wildflowers that grow on it in the spring and summertime.

The Mound stands about 4o ft high and 150 ft in circumference.1

The Williamson Indian Mound is believed to have been built between 500 B.C. and 100 A.D.2 by the Adena Indians,3 a culture of people that populated Southwestern Ohio during this time period. Believe it or not, there are actually remains of 27 different mounds just in Greene County!4 The Mound was named after David S. Williamson, who donated the land in 1929 to the Ohio State Historical Society.

There has been much debate over the functionality of this mound, as it has never been excavated. Was it built as a burial site or simply a lookout? Its height and strategic placement seem to indicate that it was a lookout, though now the tree line has grown too high to see very far. Nevertheless, it stands as a memorial of the rich history of Greene County5 – a history which began long before the first Europeans pioneered this land. 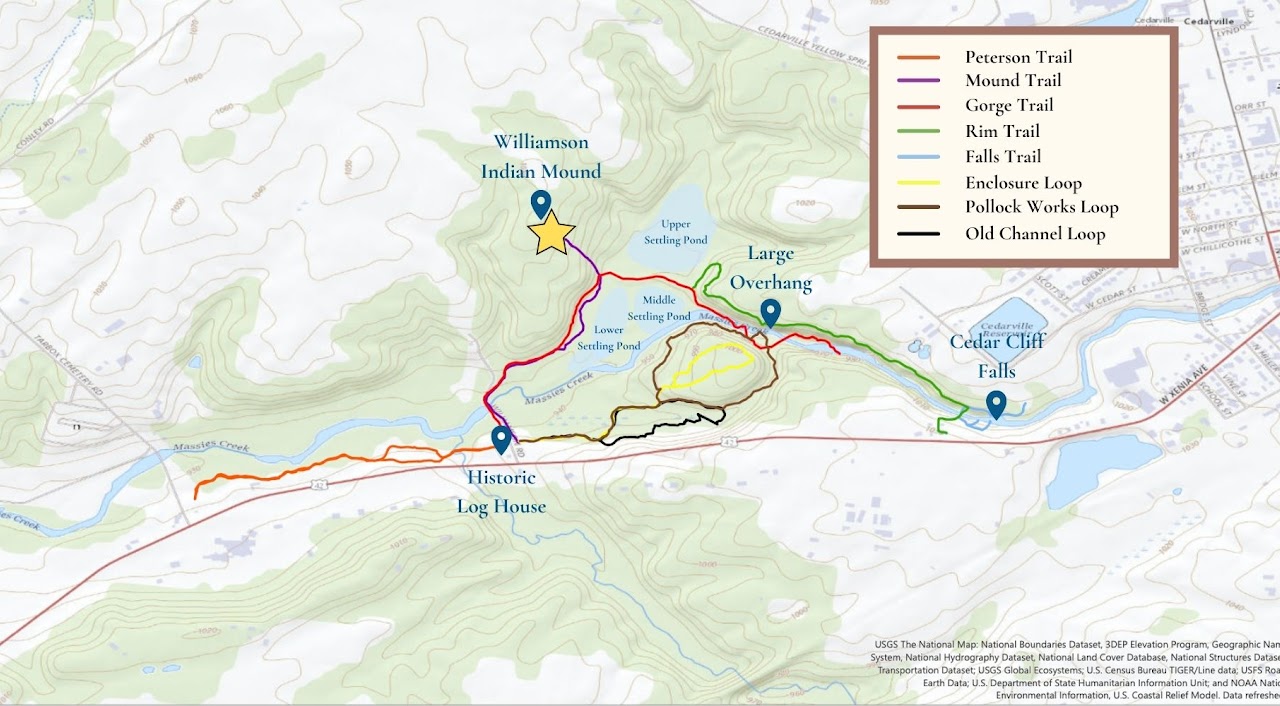