The disc golf course at Caesar Ford Park will be closed on the following dates (the park will remain open):

Starting Monday, August 8th, the Creekside Trail Bikeway will be closed at the Factory Road crossing due to the Factory Road widening project. A detour for the bikeway will be posted during this closure. This project is expected to take twelve (12) months to complete and this bikeway closure will need to remain during this time. Please contact the Engineering Division at (937) 427-5513 with any questions regarding this closure. Download Beavercreek Engineering’s detour map.

Delicious recipes cooked over an open flame in a park environment? Where can you cook a 3-course meal for two for $25 with a trained chef in a fun park setting? Well, Caesar Ford Park of course!

Thanks for all of your support through our 2021 cooking series. You helped make our 4-part series so popular that we decided to offer a 5th in September! It was wonderful to spend 5 fun-filled evenings with you at Caesar Ford Park learning new recipes, dusting off cooking skills, sharing delicious food, and making new friends!

Ranger Fouts (AKA Chef Tim) along with his sous-chefs Darrell and Jason, enjoyed having the opportunity to serve you in a whole new way while showing off some of their culinary talents. The theme nights were a big hit and we’re already thinking about what to include in 2022! For those of you not able to attend, here were our theme nights this year. 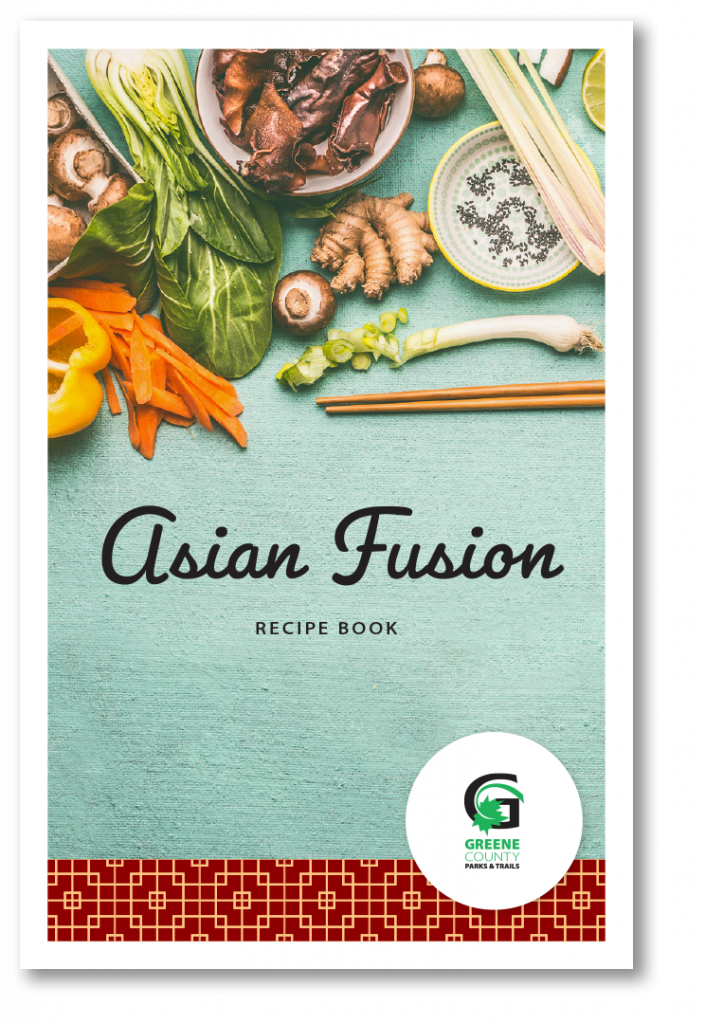 We'd love to hear from you...if you attended and have feedback about the events or even if you would like to help us kick-start our programming ideas/themes for next year. Check out our survey below!

Reprinted with permission from The Daily Gazette (Xenia, OH), November 13, 2020

As part of the association’s 2020 Annual Awards of Excellence, GCP&T won first place in the Law Enforcement Programs & Events category for its Trail Sentinel Program with the Ranger Division.

The Trail Sentinel Program was established more than 15 years ago to serve the community on the county’s bike path trails.

Eighteen volunteers receive ongoing training from rangers, including in the areas of CPR, bike safety and maintenance, and crime prevention. The group focuses on the patrons and the trail users’ experience. They are the direct line of public contact as they patrol the trails, streamlining communications from the community to the correct correspondent, according to an OPRA release.

Trail sentinels act as ambassadors for GCP&T, as well as host several rides throughout the year. 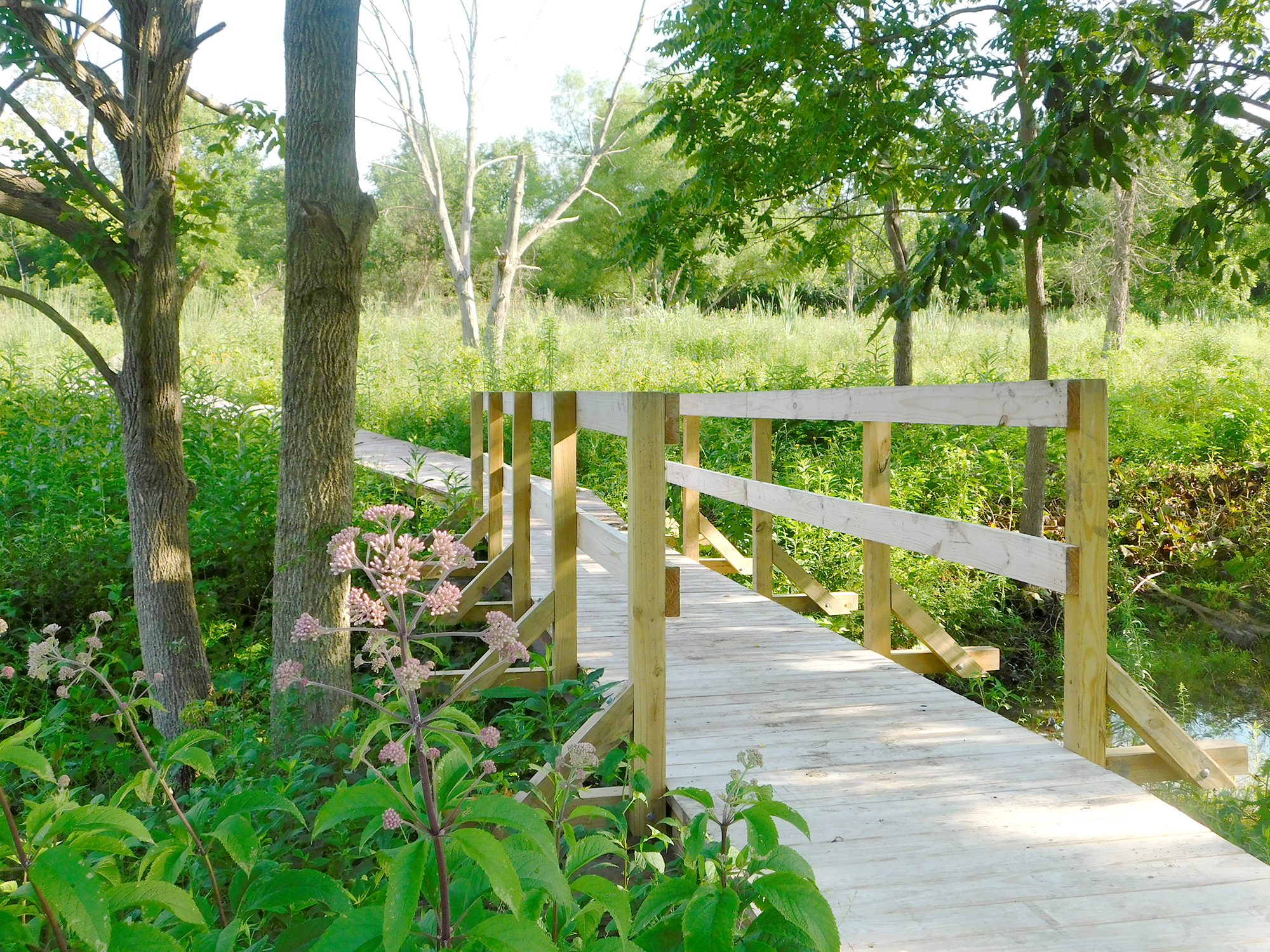 The local parks division also won a first place award in the Capital Improvement Project (up to $1 million) category for the restoration of Pearl’s Fen located off Byron Road in Fairborn.

Pearl’s Fen was originally recognized in the 1980s for its uniqueness as a mound fen. At the time, it was only known to local botanists. The fen was purchased by the Nature Conservancy in early 2000. With the help of a Clean Ohio Grant, GCP&T gained ownership of the fen.

Work on the project started with the partnership with the Beaver Creek Wetlands Association, and co-director Dave Nolin. Not only did this protect the head waters of the Beaver Creek, it also gained region-wide focus with the Source Water Protection Program. The location is now available to the public with an access connector to the Oakes Quarry Park. There is also a unique “floating” boardwalk that goes right over the head waters.

“You and your family can visit this park all year long and always have something to discover!” parks officials said.

Full bloom of native plants is peak in late August to mid-September, attracting photographers and nature enthusiasts to the fen. Educators also make use of the fen, which is full of natural flora and wildlife.

The OPRA Annual Awards of Excellence will be presented at a banquet hosted by the association on April 28, 2021 at the Kalahari Convention Center in Sandusky. One first place award winner will be presented with the 2020 Governor’s Award for Parks and Recreation, a “best-in-show” award which includes a $500 contribution to the parks and recreation foundation of the agency winner.

“Parks and recreation professionals throughout Ohio work every day to improve the quality of life of the people they serve,” said OPRA Executive Director Woody Woodward. “This effort is a shining example of that kind of work, and we are pleased to be able to present this award.”

The awards are judged by a panel of parks and recreation professionals from around Ohio.

You can financially support GCP&T by donating through Greene Giving. Here’s how: 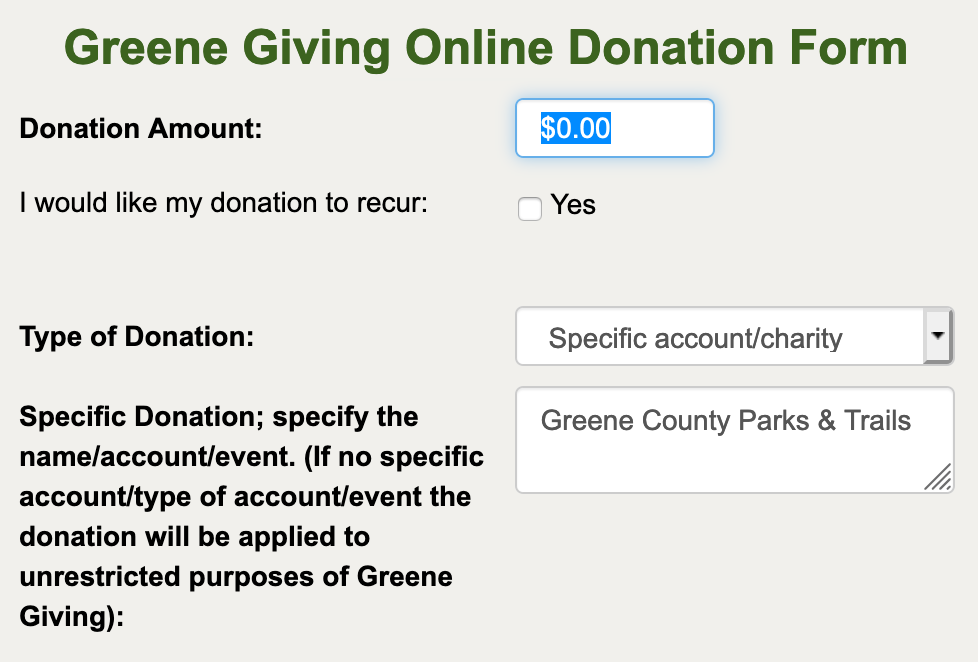 Charles E. Dressler (Ed) passed away at the age of 82 on January 9th, 2021. The funeral has been scheduled for February 6th, 2021 at Jackson Lytle Lewis Funeral Home, 322 West Xenia Avenue, Yellow Springs, OH from 11am – 1pm. With COVID-19 guidelines and recommendations in mind, the service will be private due to limited seating.

Following the celebration of life, the procession line, led by the Greene County Parks & Trails Ranger division, will be utilizing the Little Miami Scenic Trail portion of the bike way in between Yellow Springs and Xenia, ending at his final resting place at Woodland Cemetery in Xenia, Ohio. The bike trail will not be closed during this time, but we are asking any patrons to be mindful during this time and to please stop to the side. “Using the bike path just makes sense in honor of the father of the bike paths,” said Jon Dobney, GCPT Director.

All are welcome to be part of the procession to Woodland Cemetery-Xenia, traveling on the bike trails Ed created. The procession will be getting on the trails at Grinnell Road and will be getting off at Old Springfield Pike, led by the Greene County Park Rangers. The service will be livestreamed on the Jackson Lytle and Lewis Life Celebration Center Facebook page, starting promptly at 1:00 pm. Guests who still want to be part of the procession may watch the service from your vehicles. (There is public wifi available in Yellow Springs that you may connect to in order to stream the service without data). We will be preparing to begin the procession around 2:20 pm. A walk-through visitation will be open to all beginning at 11:00 am, but please understand we will be limiting the amount of guests in the building at one time. Please follow proper social distancing guidelines and facial coverings are mandatory. Thank you for your cooperation.

A proposal to dedicate a portion of the Greene County bike path in Ed’s memory is in consideration.

Join the GCP&T Trail Sentinels for a moonlight ride along the region’s bike trails. GCP&T Trail Sentinels are an elite volunteer group who patrol the trails and coordinate several cycling events. All night riders must be 18 and older, wear a helmet and have lights on their bikes. Rides will be cancelled in the event of a thunderstorm. Incentives will be offered to those participants who complete 132 or 265 available miles.

During the COVID-19 situation, we ask all riders to space apart at least 6-10 feet, wear masks, and avoid physical contact. 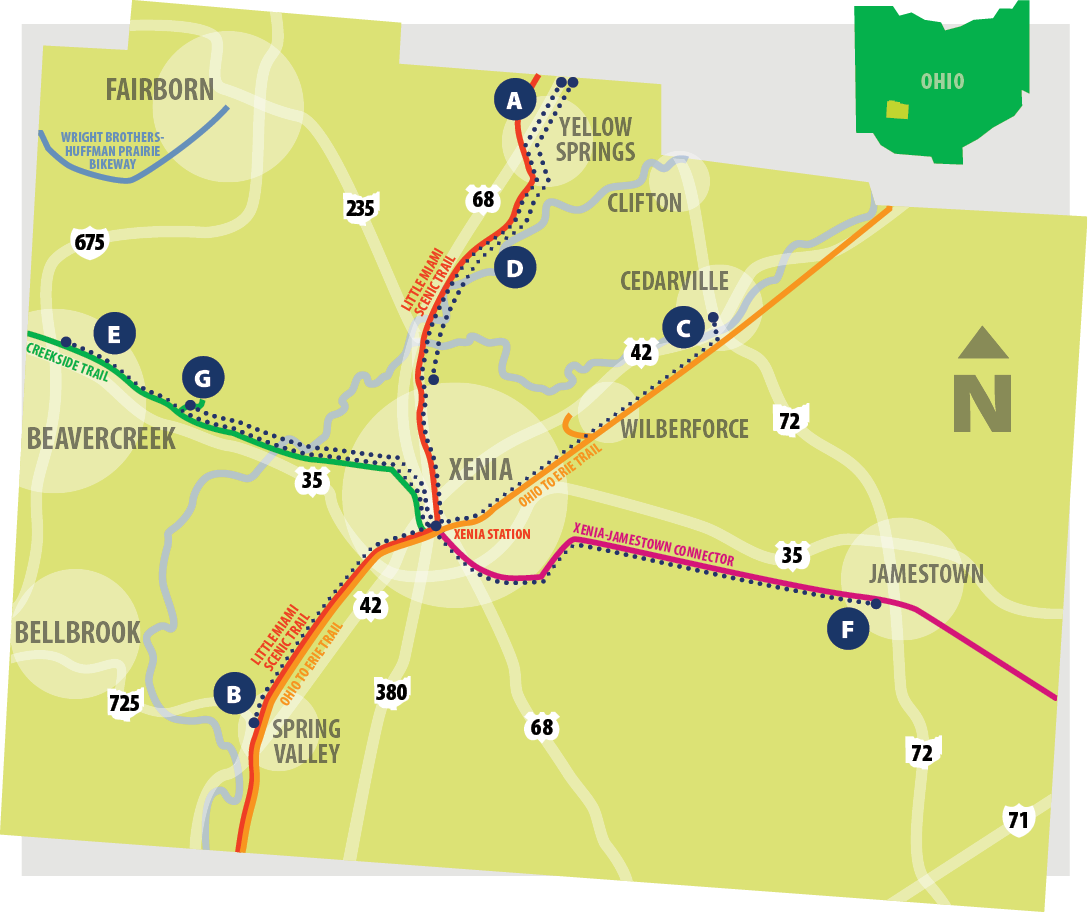 Xenia Station to Cedarville (CANCELLED DUE TO COVID)

Old Town Reserve to Young's Dairy (CANCELLED DUE TO COVID)

Xenia Station to Fifth-Third Gateway Park (CANCELLED DUE TO COVID)

Xenia Station to McDonald’s, Jamestown (CANCELLED DUE TO COVID)

GCP&T headquarters and all parks and playgrounds are open to guests. Office hours are 8am-4pm.